Some people don’t have maple syrup in their homes, and most of us have a point when we go to use it and find that we’re out. For most baked goods, you can substitute honey or molasses for maple syrup–but what about pancakes, waffles, or French toast? In order to answer this common question, I’ve come up with a list of the best maple syrup substitutes. 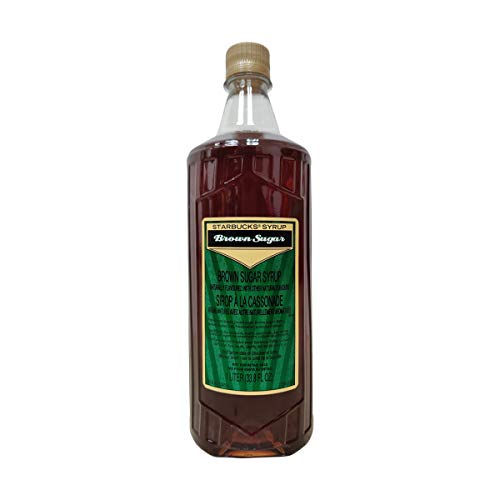 Brown sugar syrup is made with brown sugar, water, and corn syrup. It makes for a sweet substitute that can be used in the same quantities as maple syrup. The best part is this: you probably already have everything you need to make it–in your kitchen!

Just combine 1/2 cup of water with 3/4 cup of dark brown sugar (you can use light, but it won’t taste nearly as good). You can boil the mixture until thickened but allow it to cool before using. Some people prefer to add vanilla; others like their brown sugar syrup without anything extra at all. 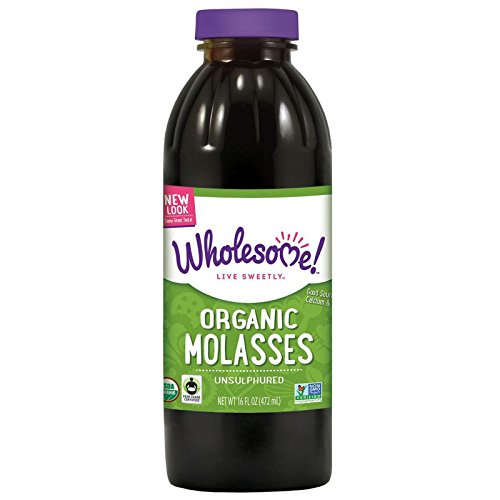 Molasses is a dark syrup that is a byproduct of turning sugar cane into granulated sugar. It has a delicious, slightly bitter flavor all its own. Some people think it’s downright bitterness itself compared to maple syrup–but molasses makes an excellent substitute in recipes calling for the latter.

In fact, molasses was used as a primary sweetener in early America! If you’re using the substitution in something like pancakes or waffles, use 1/4 cup of molasses for every cup of maple syrup called for in the recipe. 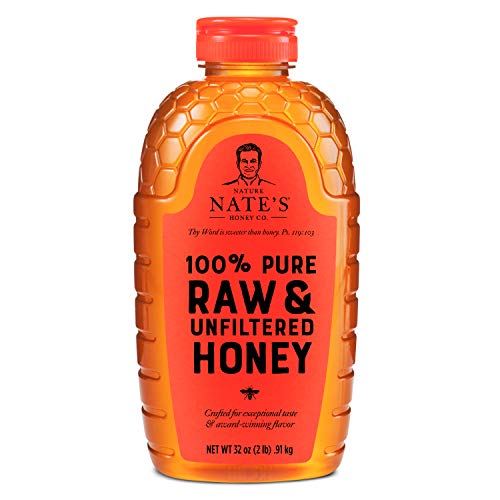 Possibly the most common substitute for maple syrup, honey makes a good replacement in baked goods that aren’t going to be heated. That means you can use it in something like French toast or waffles–but stay away from pancakes.

Use 1/4 cup of honey for every cup of syrup called for in the recipe. Honey has a much stronger taste than maple syrup, so start with less and add more as needed.

While maple syrup is made from the sap of the sugar maple tree, corn syrup is a thick liquid that’s created when starch chains are broken down into glucose. It has a sweet taste and thick consistency, making it an easy-to-use substitute for maple syrup.

You can use 1/4 cup of corn syrup in place of each cup of maple syrup called for in the recipe–but be aware that because it’s so thick, your waffles or French toast may not cook right if you use it in something like this. 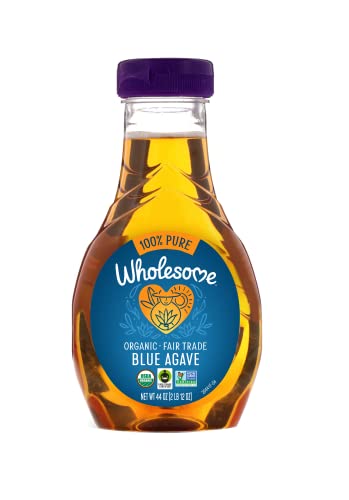 Agave syrup is a very popular option for those who need a maple syrup substitute. It doesn’t have quite as complex or intense of a flavor as real maple syrup, but its mild sweetness makes it ideal if you’re trying to cut back on sugar. Agave syrup isn’t made from tree sap. Rather, it’s made by extracting the moisture and fermenting the sugars in the pineapple-like plant called the blue agave.

You can use 1/4 cup of agave nectar in place of each cup of maple syrup called for in your recipe. 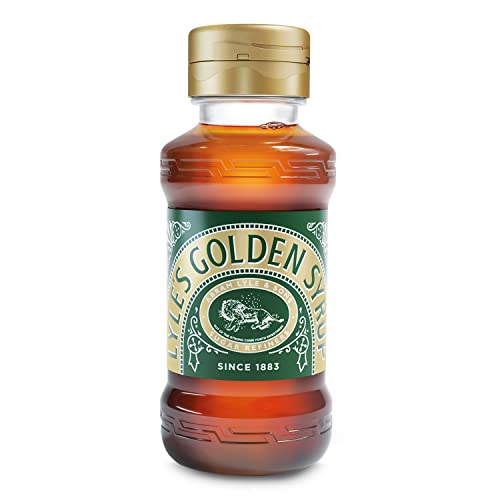 Golden syrup is also known as inverted sugar syrup, and it’s created when cane sugar is heated in a solution of water and acid until the sucrose molecules break down into glucose and fructose. It has a light, delicate flavor that some report to be quite pleasant, while others claim it’s too sweet at times. Because it’s so thick, you can substitute golden syrup for maple syrup in baked goods–but don’t try using it in pancakes or waffles!

You’ll need 1/4 cup of golden syrup in place of each cup of maple syrup called for in the recipe. 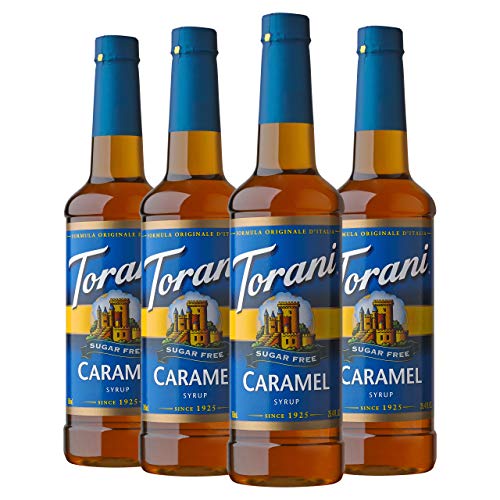 Caramel syrup is a surprisingly good substitute for maple syrup when it comes to pancakes and waffles. It has the same dark brown color but a slightly different flavor. If you use caramel syrup in place of maple syrup, add a few drops of vanilla extract. Otherwise, it might be too sweet without it.

Use only 1/4 cup of the caramel syrup in your pancake or waffle recipe in place of each cup of maple syrup called for in the recipe.

This is a new product on the market that has some of the same properties as maple syrup. It has a slight coconut taste, but it has more of a caramel flavor and color than maple syrup and isn’t as thick. It’s not exactly like maple syrup, but some people like it better because it lacks the strong aftertaste common to most maple substitutes.

Coconut nectar can be used as a one-to-one replacement for maple syrup.

What is maple syrup?

Maple syrup is a sweetener created from the sap of sugar maple trees. The sap has a concentration of sucrose, fructose, and glucose–making it incredibly sweet!

Yes, real maple syrup does contain gluten–and should not be used by those who are on a gluten-free diet. Keep this in mind when you’re making your recipe, and make sure to read the label on the bottle of “maple syrup” carefully.

How can I substitute maple syrup in my recipes?

You have a few options when it comes to substituting maple syrup for something else. The best way is to opt for store-bought substitutes, which are inexpensive and easy to find. Vegetable oil or butter are also good alternatives, but keep in mind that they won’t give you quite the same flavor.

If you’re looking for something healthier, try using fruit juice–especially orange juice! Some people prefer honey or molasses instead of maple syrup–it just depends on what your tastes are!

While Agave nectar does have a fraction of the calories that other sweeteners have, it’s not a healthy alternative to maple syrup. It’s still high in fructose which means it can be bad for your liver and cause weight gain. High-fructose corn syrup is actually made from Agave plants–so while it can work as a replacement, don’t use it often!

However, manufacturers claim that this ingredient doesn’t end up in the final product, and some vegans consume golden syrup anyway. It might not be exactly like maple syrup, but it still functions well in most recipes and has a similar flavor and color.

What is the best maple syrup substitute for vegetarians?

Golden syrup, coconut nectar, and even vegetable oil can be used as substitutes for maple syrup in recipes. If you’re on a vegetarian diet, it’s important to check the label on your bottle of “maple syrup” carefully. Some brands might contain animal fat! When this happens, golden syrup or molasses are good alternatives because they have similar levels of sweetness.

Why does vegan Maple Syrup taste so different?

While there are some brands of vegan maple syrup on the market that claim to be identical to regular maple syrup, most vegans agree that these products just don’t live up to their promises. This is largely due to the fact that most companies use a combination of tapioca starch and artificial flavors to imitate the taste of real maple syrup.

What is the best maple syrup substitute for diabetics?

It’s important to check your bottle of “maple syrup” carefully if you’re on a diabetic diet. Some brands might contain animal fat or corn syrup. If you’re looking for a replacement, try using fruit juice instead! Honey and molasses are also good alternatives, but they might not give your recipe quite the same flavor.

Are there benefits to coconut nectar?

Coconut nectar used to be somewhat rare in grocery stores. Still, it has made its comeback during the past few years because people have grown more curious about alternative sweeteners. While it isn’t exactly like maple syrup, coconut nectar is a better alternative for diabetics because it’s low in fructose. Keep in mind that it also contains 16 amino acids, antioxidants, and minerals–making it much healthier than other sweeteners!

Why do some maple syrup bottles say “blend of cane and maple sugars”?

Maple syrup manufacturers are legally obligated to list the percentage of ingredients that come from each type of sugar, so it’s important to pay attention to this label. If you’re looking for 100% pure maple syrup (the best option), make sure it says “100% Maple Syrup” rather than “Blend of Cane Sugar & Maple Syrup.” Although they both start with “maple,” these two products are significantly different!

How does molasses compare to maple syrup?

Molasses is actually a byproduct of refining cane sugar, so its flavor isn’t entirely unlike maple syrup. Keep in mind that there are various grades of molasses on the market, so if you’re working with a dark variety, you might need to use it as a substitute for both maple syrup and brown sugar.

What is the best maple syrup substitute for baking?

If you’ve run out of maple syrup and need to find a good replacement–molasses is probably your best bet. Keep in mind that it’s also important to swap two tablespoons of molasses for one tablespoon of real maple syrup. If that seems too strong, then try using half as much molasses and half as much honey or agave nectar instead!

It can be difficult to find maple syrup substitutes that will give you the same results as the real thing! However, if you know your recipes well enough and are aware of what each substitute tastes like on its own, this won’t be an issue for you at all. If anything, cooking is about improvising and creating new dishes from old ones–so have fun with it!

The Truth About Cooking Oils: What You Need...

5 Best Vegetable Shredders Reviewed: Which One is...

The 5 Best Garbage Disposals on the Market...

All you need to know about Manuka Honey