How to choose the Best Fantasy books

Although nowadays there are many ways in which you can spend your free time, none are as exciting and elevated as reading. In addition to the relaxation it entails, a book can be the starting point for an unforgettable adventure or important life lessons, having a proven role in stimulating imagination and creativity.

However, those in the Fantasy category excel in these chapters, as they represent the projections and extensions of real life in a fantastic and, paradoxically, incredibly true universe. Therefore, if you want to escape even for a few hours in such a world, here’s how you can come across the right novel. 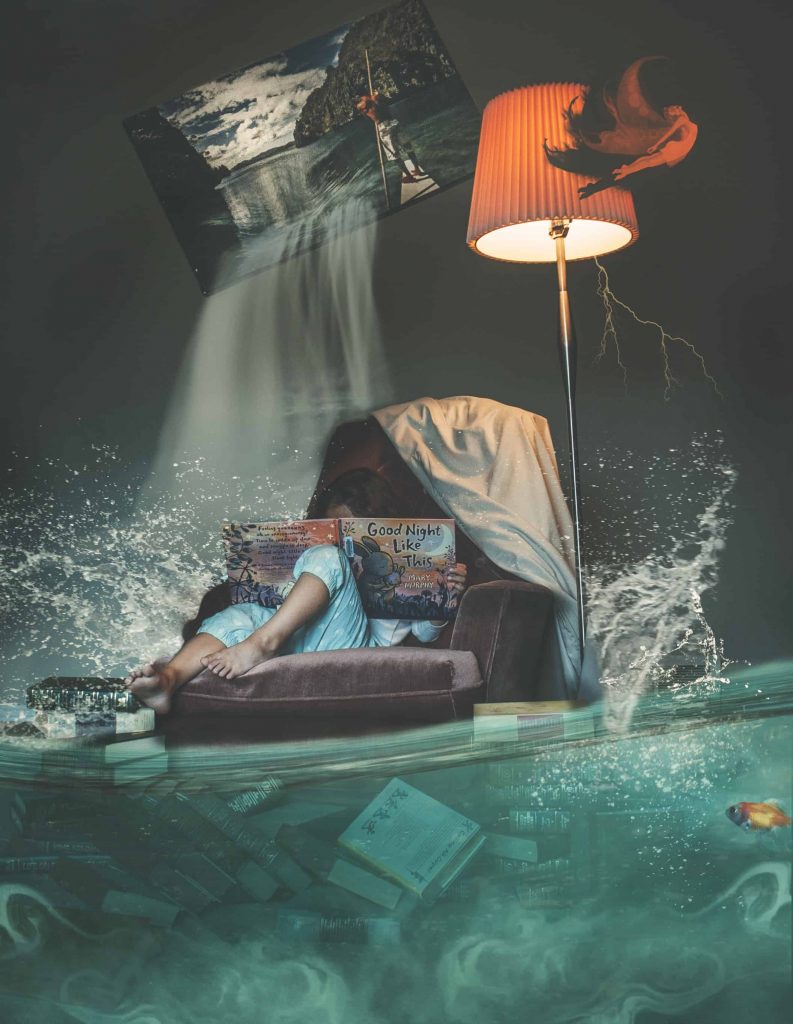 Represents one of the most important aspects, given the fact that each reader has their own tastes and looks for a certain element of daily life in a book. In principle, Fantasy works designate, according to this parameter, several categories, of which representative are: Epic, Sword and Sorcery, Dark, Mythical, Romantic, Magic Realism.

In the first class are gathered all the novels that fix the narrative in a totally invented universe, and the action involves major risks: for example, the whole world is in danger of being conquered by evil. So, the story unfolds by the clash of two clans, the setting being fabulous and the characters exceptional. Illustrative for this subgenre is the works of J. R. R. Tolkien.

If you want more magic so that your imagination can roam freely through a world where anything is possible, then suitable works from the Sword and Sorcery category, which focus on this very subject. In this regard, we suggest you try the “Harry Potter” series.

Defined by the pronounced elements of horror and the presence of characters such as vampires, the Dark Fantasy novels give a gothic atmosphere. As a reader, you will experience the most intense emotions. However, we do not recommend you to start such a book if you do not know yourself able to cope with strange appearances and events. Still, rather you would opt for one in the Mythical category, given the fact that the setting is brighter. The action takes place in a distant time, knotting in some places with the legends of the world, be they Celtic, Asian or from another geographical area.

Also popular among readers are Fantasy novels that treat love as a subject. The events have as protagonists two beings who love each other and who have to overcome certain obstacles to be together. They are loaded with numerous psychological clarifications and sprinkled with meticulous analyzes, as well as with exciting dialogues.

Last but not least, for those who want to relax in the middle of a reality – which is described in great detail and from a purely rational perspective – where the supernatural insinuates itself, resulting in an ambiguous image, we indicate the well-known works of Gabriel García Márquez, Jorge Luis Borges or Salman Rushdie. These will push you to meditate on essential issues, such as life and death.

In which you read such a book decisively influences the reading experience, especially if the translation is not exactly successful. In fact, even if it would be impeccably aesthetically pleasing, some puns or depths of language are missing, so that descriptions and dialogues may lose their original flavor. This has been confirmed by the long history of mankind and is strongly supported by many opinions about the best Fantasy books.

Consequently, it would be recommended to choose a novel that you can read in the language in which it was written because this is the only way you have access to the atmosphere intended by the author. In addition, you improve your vocabulary knowledge.

It refers, beyond anything else, to the stage of a person’s mental development, which also determines which books are recommended so that growth is harmonious. Broadly speaking, three stages are taken into account: childhood, adolescence, and adulthood.

In the first order of ideas, you should know that “little pranks,” accustomed to classic fairy tales, you can give as a gift Fantasy books with angels or, simply, the classic adventures of “Alice in Wonderland.” Specialists recommend these because they help to consolidate an optimistic vision of life, extracting from this, at the same time, certain teachings.

From a psychological point of view, adolescents can understand even more difficult literary works and can turn to any wide-ranging novel, be it Epic, Dark, Sword, and Sorcery. The reason for this assumption is that they have a rich imagination and the ability to analyze different perspectives. More: Best Self Development Books

Last but not least, people over the age of 18, who already have some basis in terms of literary knowledge, can choose for themselves what they want to read. This freedom is also due to the possibility of understanding eroticism and even magical realism. Of course, if you are one of them and you enjoy rereading the Fantasy books of childhood, be sure that you will always discover a new key to interpretation so that you will not be disappointed, regardless of the work you are focusing on.

It is often checked by buyers, as it determines the portability, so the freedom you enjoy. In other words, you need to be interested in the dimensions and whether it is the printed or digital version to know if you can take the book with you wherever you go.

Usually, if you read on long journeys by train, subway, or tram, we suggest you opt for either the e-book option – ideal for those who have an e-reader or such an application on your smartphone – or for a physical format of smaller size – to fit in the bag. On the other hand, if you read in the quiet of your own home, you can decide on the option that you consider more comfortable.

Knowing all these selection criteria, all you have to do is find out where everyone else can find Fantasy books at a good price. We could give you some advice in this regard, namely to buy the desired novel directly from online stores. There are a lot of interesting titles, but also many offers and discounts. In addition, in some cases, the product is delivered free of charge, quick, and safely.

When it comes to the best Fantasy book, fans of the “Game of Thrones” series will definitely point out this series, given the fact that it was the basis of the screenplay. Thus, if you want to live more intensely the action and the exchanges of lines, to imagine on your own the fabulous descriptions and love scenes, then you should get your hands on these books.

Appreciated by many critics as an absolute peak in terms of narrative technique, this saga follows from one end to the other the fate of seven families – the most important of which are Stark, Lannister, and Baratheon – who fight and build plots to put a hand on power, that is, on the Iron Throne. More: The Best Habit Trackers

In this continuous warp, you should expect the action to have surprising twists, which increases the narrative’s drama and intensity. In fact, it is no small thing that it incorporates a lot of historical references that will fascinate you.

George R. R. Martin's A Game of Thrones 5-Book Boxed Set (Song of Ice and Fire Series): A Game of Thrones, A Clash of Kings, A Storm of Swords, A Feast for Crows, and A Dance with Dragons
$39.99
Buy on Amazon
Pros
Cons

According to connoisseurs, the first part of the “Lord of the Rings” trilogy, written by J. R. R. Tolkien, cannot be missing from the top with the best Fantasy books. This is a continuation of the action from “The Hobbit,” resuming the same impressive scenery, populated with all sorts of fantastic beings.

But now, after Sauron has gathered all the rings to guarantee his power over Middle-earth, little hobbit Frodo, along with several other representatives of the other tribes, goes to hide the special ring that the lord of darkness desperately needs. In this journey, you will go through countless situations that test your emotions, you will know new regions of the world, and you will try to carry out your mission. More: Best Productivity Planners

In other words, it is an adventure that will surely captivate you – you or your child. In fact, it is one of the most popular novels in this category, which is also because it enjoys a movie.

The Fellowship of the Ring: Being the First Part of The Lord of the Rings (1)
$10.09
Buy on Amazon
Pros
Cons

Do you want to check and improve your level of knowledge of English while reading a pleasant novel? If the answer is yes, then you could focus on the volume “Prince of Thorns.” It opens the series “The Broken Empire,” which is a story about maturation, revenge, kingdoms, all set in an atmosphere like the Middle Ages.

In short, Jorg Ancrath, whose father is killed by Count Renar, is forced to learn the art of wielding a sword so that he can regain the throne of his family, as well as unite the kingdoms that emerged from the fragmentation of the Empire. For this purpose, he trains all his will, which you will be able to deduce from the fine psychological analyzes.

Therefore, it is a novel for fans of stories with swords and medieval flavor, being very well profiled, at the same time, a vision of the human psychological foundation, which means that especially adults will find a level of reading according to them. The book contains scenes of violence and has as its central character an anti-hero (sometimes even being considered a negative character) for whom the road to the castle passes only over the corpses of his comrades, so it will not be a highly recommended reading for teenagers.

For those who want a Fantasy book at a good price, we can recommend part I of the “First Law” series by writer Joe Abercrombie, appreciated by many critically acclaimed voices – for originality, humor, and character – this is one of the works that define the subgenre Sword and Sorcery.

The novel’s action is sprinkled with magic and battle scenes, so it will be a pleasure to watch the barbarian Logen Nouadegete manage to escape with his life from an attack or traveling to the Edge of the World with a famous magician. As you turn the pages, you will be completely caught up in the colorful and sarcastic dialogues, as well as the extremely realistically constructed characters.

In general, it is a story for several age groups: teenagers will travel with the main characters, and adults will have a lot of fun. Therefore, it is worth investing time in this reading.

If what you want to buy is a cheap and good Fantasy book, then “The Last Wish” (by Polish writer Andrzej Sapkowski) could be the novel that perfectly meets these criteria.

It is a writing that will fascinate the little ones, as the action takes place in a universe populated by fabulous beings – such as harpies, vampires, monsters of all kinds – where magic is at home. For example, Geralt, the main character, is endowed with all kinds of magical powers and has countless enchanted elixirs. Being in possession of this small arsenal, the protagonist, known as the hunter, travels through different lands to fulfill his purpose.

In short, you have in front of your eyes a novel that overflows with imagination, being, most likely, the right gift for your child. In fact, the entire series – which includes this book – is very popular with teenagers, which is mainly due to the video games The Witcher.

Like this guide? Then you’d definitely love our other guides on the Best Adult Coloring Books or for the Best Copywriting Books.